Razem stands in solidarity with Ukraine 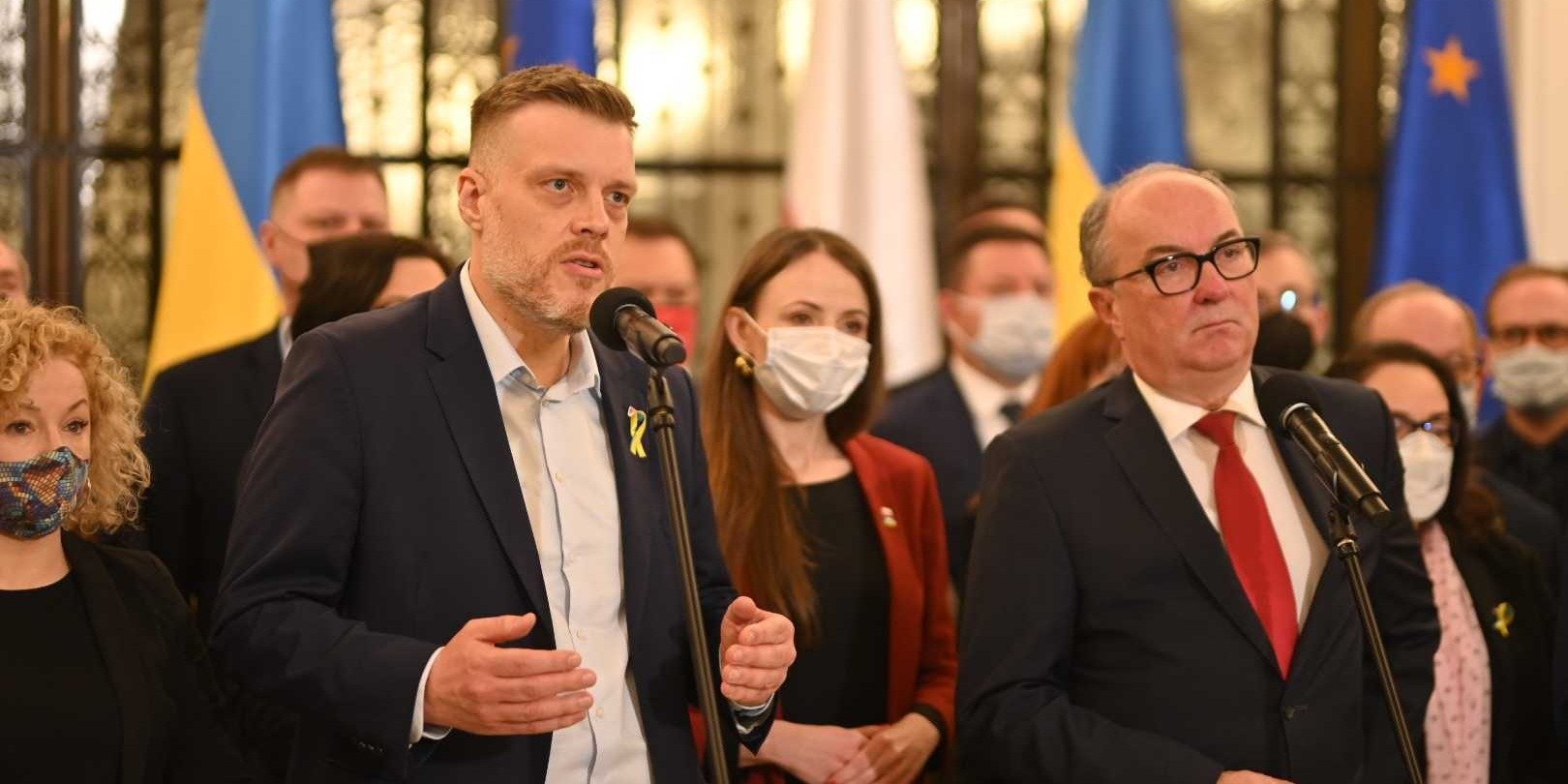 Razem stands in solidarity with Ukraine

Together with the Ukrainian left party Sotsіalniy Rukh (Social Movement), Razem held a press conference in the Polish parliament yesterday, demanding to impose severe sanctions on Russia and to lift the Ukrainian foreign debt burden.

– We have no doubt that without a decisive reaction to the Russian invasion, an attack on Ukraine may be followed by attacks on Chişinău, the Baltic States and Warsaw. The European Union must act swiftly and firmly, without regard to business interests and lobbying – said Adrian Zandberg, MP for the Razem party and its leader. Razem called for the confiscation of Russian oligarchs’ assets in Europe with the aim to transfer them to the Ukrainian state. The party also demanded the disconnection of Russia from the international banking and financial system, which should include an immediate exclusion from SWIFT.

In the face of war, we should stand united in our support for Ukrainian sovereignty. Anything less is complicity in the Russian imperialist project. 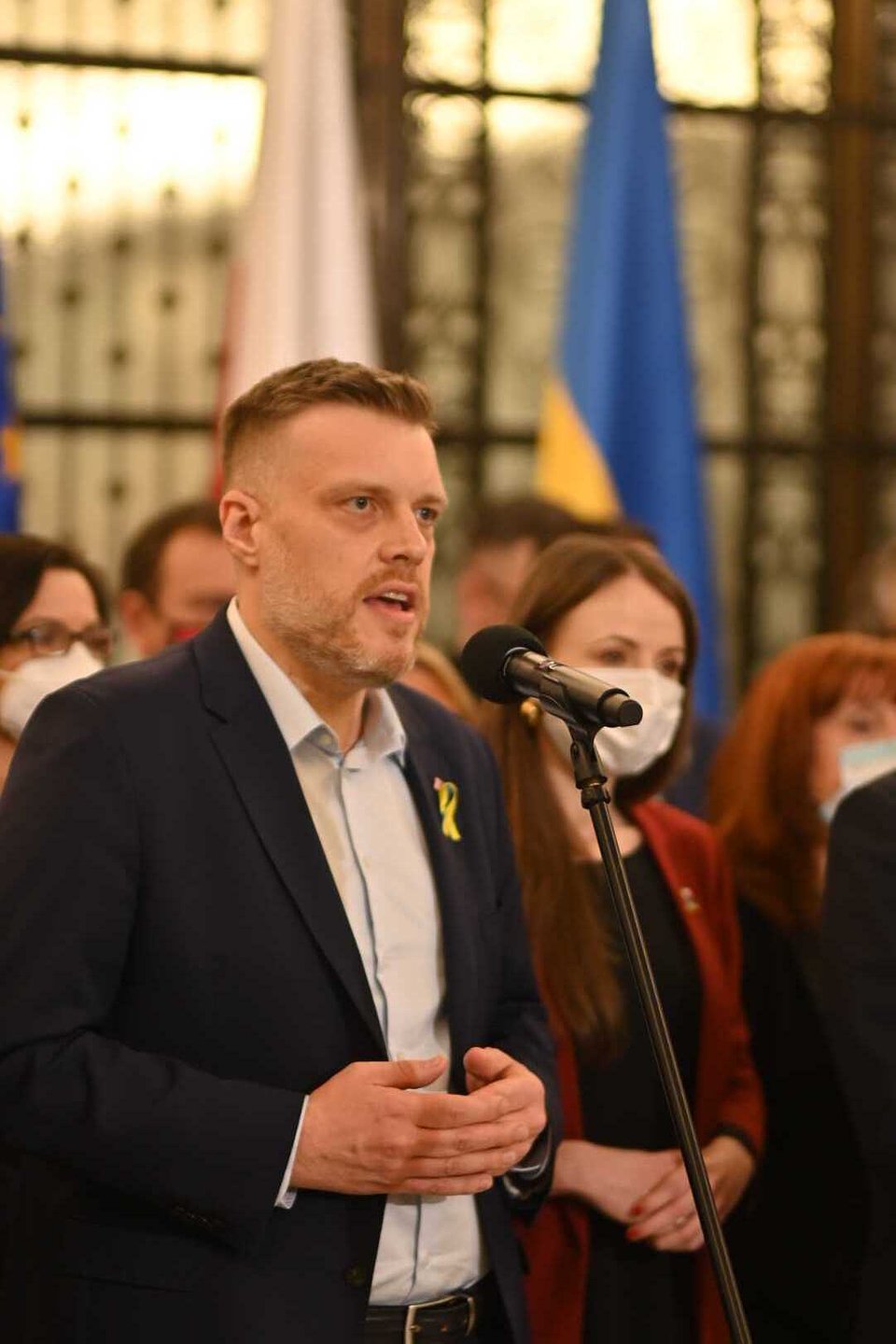 – We deem it equally important to provide material support for Ukraine. In the face of the Russian invasion, the country found itself in a very difficult economic and social situation – explained Zandberg. Ukraine has been succumbing to massive foreign debt and spends about 10-15% of the GDP on its servicing. The Razem party claims that the cost of servicing Ukraine's debt should henceforth be borne entirely by the European Central Bank.  – Today, Ukraine needs to put a stop to Russian aggression. The state will need resources to protect the civilian population, to provide housing for displaced persons and medicine for the wounded. It is high time to release Ukraine from debt – summed up the leader of the party Razem.